Many acts of kindness happen everyday to many people everywhere because people extend themselves, sometimes even when it is an inconvenience. What happened to you or someone close to you today? Ask enough people, and you are bound to hear a “happy” story.  If you ware surprised at all the goodness around, think.

This is not the impression one gets from the media.  Television, radio, and print media seem to highlight drama of every imaginable kind, including natural disasters, homicides, missing persons, automobile accidents, theft, and wars, just to name a few. What might happen if local and national media aired just as many stories about people doing good deeds as crime related and other horrors? Would we have different expectations? Would the world look differently to us?

Perhaps a good place to start is to think about situations that you know of where people went out of there to help someone. I can think about numerous times in the last few months where I was showered with kindness. A woman sitting next to me on a plan and I had a long conversation for more than an hour. As the plane descended, she asked me how I was getting to my destination. I told her that I was taking public transportation to the train stop and would be picked up there. . “If I was going in your direction, I would be happy to give you a ride.” A neighbor’s gardener took time after he had finished his work to pick some grapefruit for me. A man at the bank, realizing that I didn’t understand what he was saying kindly said, “Take your time. I have all the time in the world.”   At a farmer’s market, a vendor remembered that I had not taken a bag of lettuce that I purchased the previous week,and gave me a new lettuce.   At a local Costco store, I wanted some coleslaw with a hot dog.  I was told that it didn’t come with the hot dog.  A few minutes later, one of the employees brought me a small container filled with coleslaw  with a message from that her manager  Costco was making an exception for me.

One can’t talk about giving without mentioning the gift of time.   Sometimes the sharing is a story, an idea, wisdom, a recipe.  So often it is a giving from the heart.  Sometimes people who stop in parking lots, in front of homes, in parks, streets, and other places to help people find a street, a specific store, a movie house, provide information, and more.  It isn’t always convenient, but they do it anyway.  Now that is real giving. 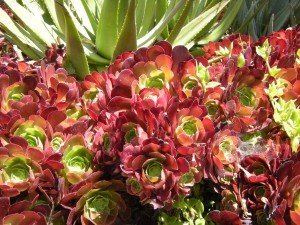