Worried That You Make Too Many Wrong Decisions?

Tap into Your Gut. Discover How Much you Really know. 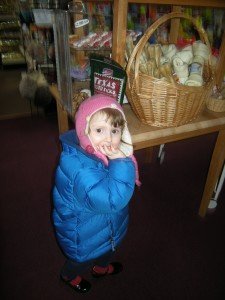 Children are naturally intuitive, because their survival depends upon it. At a very young age, they instinctively connect with their inner voice to make sense of their world. Contrary to adults, most children do not fear their intuition, and naturally rely on it in a very organic way. Curiosity surrounds exactly when children decide to stop listening and relying on this voice. Some people believe that the relationship with intuition may change when kids enter school or as they age and begin to comprehend that people don’t want to hear about that which is not readily apparent. Some children may be punished for letting their intuitive voice out to play in the real world and experience consequences (ridicule, punishment, etc.).

Here is what some kids have to say about their intuitive abilities. Enjoy their stories.

Ever since Dave was a young child, he knew things before they happened without knowing how and why. He dreamt about things that would happen. “Sometimes my parents would take me places that I had never been to before, and I recognized them. It was as though I had been there before.”

Dave had an understanding about people and often was not surprised by their comments and actions. Dave didn’t call it intuition, and in fact, he didn’t call it anything. He was accustomed to making sense of his world not just from what people said, but also from his inner knowledge.

WISE AT A YOUNG AGE

Shirley too was intuitively wise at a very young age. She couldn’t tell you which of her senses that she used to understand her world, but she knew when people were telling the truth. Sometimes she told her parents when people lied. Years later, her mother would tell her that she was right most of the time. The two of them enjoyed some good laughs over this.

SHE KNEW WHO SHE COULD TRUST

Alice had a keen sense about people. As a five year old, she recognized when someone was trouble. Alice had an inherent sense of who was safe and who wasn’t, and whom she could trust and whom she could not. One day, she told her eighty something year old grandmother not to let Alice’s uncle Tony, and his girlfriend Brenda into her house. “Don’t listen to them,” she pleaded with her grandmother. Perhaps this little girl had a sense of just how bad things might get if her grandmother let Tony into her house and her life. Years later Alice’s warnings proved to be all too true. Tony talked his mother into making some disastrous financial decisions.

Schedule a Class or an appointment

"In working with Inner Design, I have found that I am doing a better job of hiring. You have shown me that my instincts are rooted in facts from past experiences and that I need to rely on them."