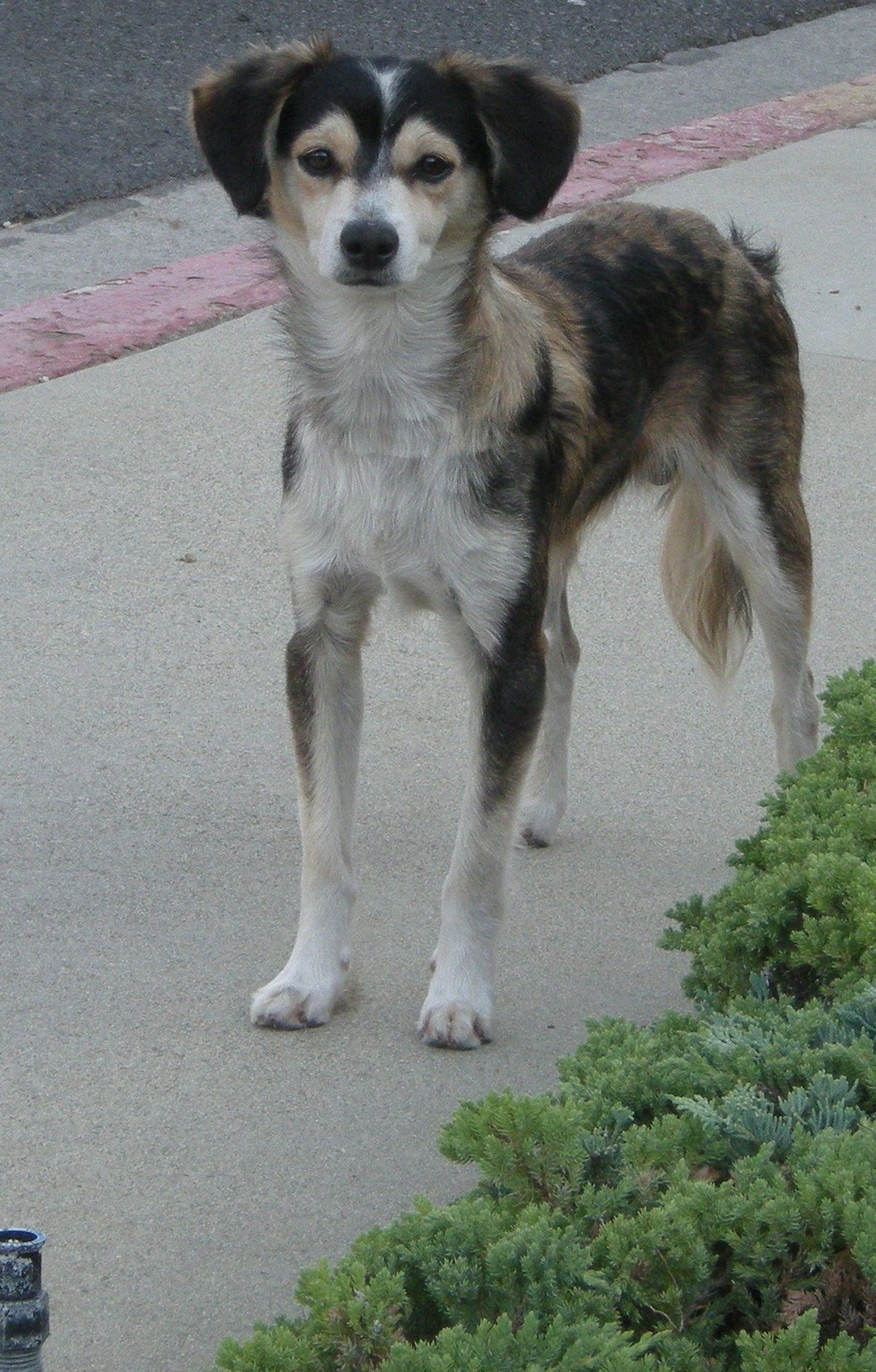 I don’t know where he came from and I doubt that anyone else did either.  He appeared one day and watched me before walking down the street.  I didn’t think too much about him until the next day when I saw him sitting in the neighbor’s driveway.  “Please don’t sit there.  There are coyotes in the   neighborhood” I silently told him.   It was true.  There were several coyotes in the neighborhood  who would gladly take a bite or two or three out of him.

He Sat In The Driveway

He didn’t move and continued sitting sitting in the driveway.  I walked away fully expecting  him to not be there later that day.  I was wrong,  He hadn’t budged one bit and seemed just as comfortable sitting in that space as he had earlier in the day.

I began to wonder what his story was.  He had no collar.  Did he have a name or a family?  I made an assumption that he was hungry and gave him some canned dog food.  He gobbled it up and drank the water for the bowl that I placed next to his food dish.

He Held His Gaze

That evening he disappeared, and showed up again the next day.  We played chase on the front lawn and then he followed me up to the front door.  Oh no I thought as I looked into his eyes.   He held his gaze.  I was hooked.  I had fallen for this mystery dog.  I knew that if I let him inside he would be mine.  I wasn’t sure that I had enough time and energy to take care of him and I still had no idea if someone was looking for him.  I had no interest in stealing someone’s furry friend.  I told him to ” Go down the street and you will find a home”   He turned around and left and headed down the street!

Two days later I saw him down the street standing next to a twenty something year old man.  “Where did you get that dog?” I asked.  The man told me that the dog just showed up one day and he decided to adopt him.  He named him Axel.

He had just finished telling me the story when Azel came over to me and sat down on my feet.  I reached over to pet and and telepathically told him ” I am glad that you found your new home.”{