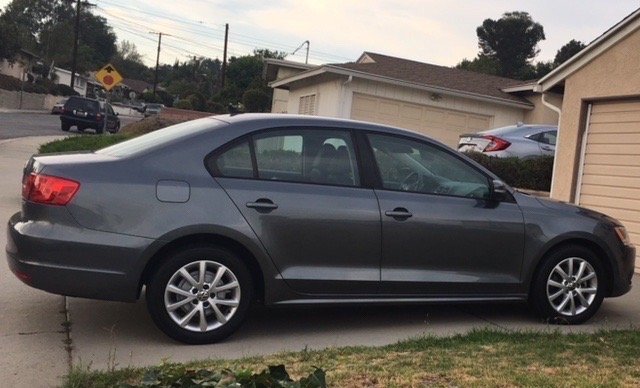 Have you ever been locked  in  a car?   Sounds horrible.  Well, it happened to a cat, yes a cat.  I briefly met her one time.  I don’t know if we were introduced.  If so, her name escapes me.  In a very cat-like fashion, she said hello and then walked by me as if I was no different or better than the furniture in her living room, yes her living room.  The woman who feeds, pets and changes this cat’s litter box told me the story.  The cat was locked in the car overnight and discovered a clever way to get out of the car.  Cat, you impress me.

You Are Locked In A Car

You were locked in a car and it is early in the morning, 3a.m. to be exact. There was no way out. Everyone was asleep. The windows were closed. The door was locked. There was no human around. You could have just sleep for a few hours knowing that someone might have come outside of their house to walk or to pick up the morning’s newspaper.  Someone may have walked outside in their slippers and housecoat and no one might have noticed  you.

Gray Cat In A Gray Car

Since you are gray, a gray cat in a gray car, it was even less likely that you would have caught a person’s eye.  You might have regretted getting into the car just because you could, just because you were curious. That was 10 hours ago. so what did you do?  You did the only thing possible.  You honked the horn with all the weight in your 10 pound body. You have no idea of the ruckus that you will cause but you can’t stand being in the car.  You annoyed and frightened the other residents who lived on the street, because you woke them up.   Someone’ car is being broken into.  There is an intruder in the neighborhood.  They can’t help but think the worst.

Your human wakes up like the other neighbors to the screaming alarm. . She looks out her living room window,  and she quickly realizes that it is her car, the gray one that is parked in the driveway, that is the cause of this drama. She is puzzled. There is no one outside.  Did someone try to break into the car?  It is not clear.  What is obvious is that she must go outside and turn off the alarm. She opens the car just to make sure that nothing is missing.  She unlocks the door and sees you.  reaches across the front seat of the car to pet you as she profusely apologies.  She can’t say ” I am so sorry” enough.

After the neighbors and your human are relieved to know that it is just you and not a prowler, a car hijacker, some teenagers, a malfunctioning car, they are impressed with you.  What in your brain told you to honk the horn?  How did you know what a horn was?  Have you been in a car before? Were you guessing, meaning was it trial and error?  Yes, your mom held you close and apologized. Was that enough?  Do you know, did your mother tell you that the neighbors have a newly found respect for you?  You have created an impression and a memory that will not go away too soon.  Congratulations. By the way, what is your name? I only heard gray cat and gray car. 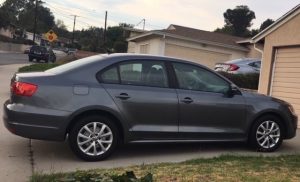