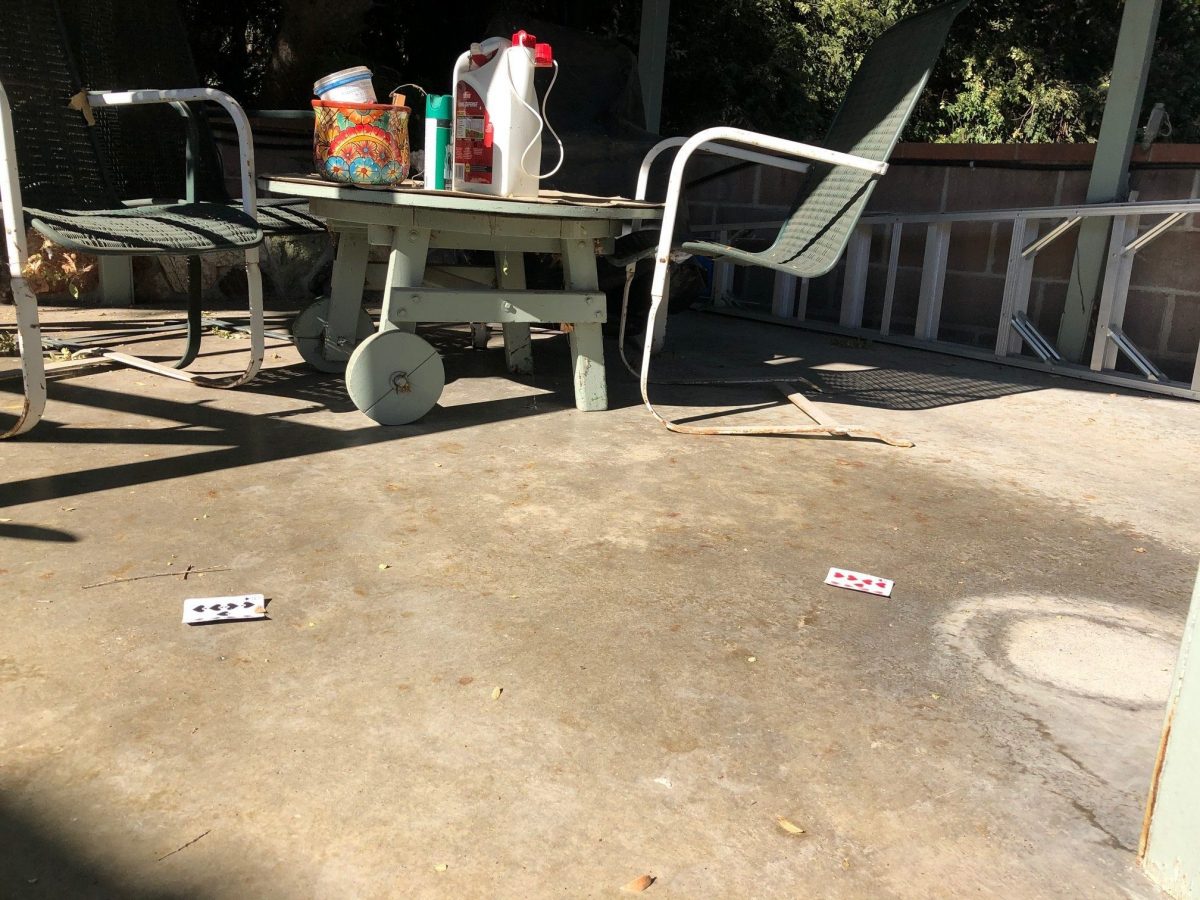 There were no decisions and no insights. There was only an observation by not one but two people and then there was the iphone picture that I took.

Here is what happened about three weeks ago. I had just finished playing my weekly hand and foot card game with two other women. We are usually a group of four but that week there were three of us. That meant that we did not have a partner that week and we played against each other.

We had just finished a game that was close. Anyone could have won, but anyone didn’t. The woman who hosts hand and foot in her home won. In fact, I lost big time, but I didn’t mind because it was such a good game that was only decided in the last round.

All the cards were placed in a tin box and then returned to a cupboard in the living room along with the small spiral notebook that tracked of the scores. Every week we put the cards back in this cupboard. It was a ritual, our last one before we left the host’s house.

We were done, or so we thought. The next day I got a call from the man who lives in the house where we place cards. “I have the most remarkable thing to show you.” He beckoned me up to his house and I told him that I would come. Needless to say, I was very curious.

He took me to his backyard and showed me two cards that were on the cement at the entrance of his gazebo! There was a black nine of spades and a red nine of hearts!

He asked me if I had put the cards there. “Why would I do that?” He had no answer. There was none. I assured him that the cards were always put away in the same cupboard. He couldn’t accept this. One of us had to take the cards and place them outside. I shook my head no. That wasn’t a good enough answer for him. He had an “engineering mind” and his thinking told him that there had to be some logic, practical explanation. He came up with an answer that worked for him. The two cards fell on the kitchen floor while we were playing and stuck to the pant legs of one of the players who then went outside to the backyard where they fell on the ground right in gazebo area.

That sounds like a stretch and it was. The card player who may have gone to the backyard and dropped off the cards never went to the backyard. She went directly home. Hmm. How did the cards get there? what does your intuition tell you?