His lack of compassion and racism overwhelmed me, making it IMPOSSIBLE to remain silent.  It didn’t help, or maybe it did help, that I came from a long line of people who didn’t stay silent.  Lately it seemed that every time that he said something offensive I verbally stopped him.  “Come on.  Not all_____are _____.” Of course, it didn’t really make a difference, because nothing was going to stop him from starting again.   Once in a while his wife chimed in with a protest of her own which also stopped him from continuing at that moment in time.

“We all need our parents.  Back off!”

Then it happened.  He made fun of a relative’s college aged son who called her, because he was having roommate trouble.   “How old is the son?”  Twenty-one I told him.  He repeated the age, perhaps to make sure that his hearing had not failed him.  He smiled and then said ” What is the matter with him that he has to run to mommy?” I raised my voice and realized that I was coming close to screaming at him.  ” We all need our parents.  That is enough.  Back off.”  His wife, who was sitting a few feet away from him came to my defense.  “Just because you didn’t …”   He knew enough to shut his mouth.

He went on to talk about other things and so did I, but I wasn’t okay with what happened because something else would be said again and again.  That was his pattern.   It left me feeling uncomfortable.  I didn’t know how to deal with him.   I loved hearing about his engineering logical mind and about how he questioned things.  If only he wouldn’t talk about people, social and political issues.  Now, that would never be!!

Fearing that I would rage, I backed away and spent less time with him and his wife, while I formulated a strategy.  Truth be told, I didn’t totally trust myself not to say something that I would regret like ” Do you know how many of your friends and neighbors you have alienated with your words?  Do you know that there are people who can’t stand you ….?”  Both are true, but it is not my place to share other people’s feelings.  They can tell him if they choose to do so.  My preference was to have a private conversation with him, because my issue was him, not with her. I looked for times when he would be alone in the house, which wasn’t difficult.  She loved getting out of the house be herself to have her hair done or to visit the local library.


I  calmed down and was ready.  I meditated on it,  and visualized the two of us having a calm and honest conversation.  Then it happened.  He called me to invite me to say hello to his visiting  Japanese “son.”   No, this wouldn’t be the opportunity for a conversation, but it would be good to pay a visit.  So up the street I went, anticipating a nice social visit,  because it was around his nightly  6 p.m. cocktail hour.

It was obvious that he had been drinking by the two telltale signs.  His face was beet red and he was silly.  His Japanese “son” was also drinking and  soon I was offered a Sapphire gin which I turned down.  And then it happened.  It was magic.  He began speaking.  “I was proud of myself.  A very nice African-American man came to the door, and I invited him inside.”   He looked at me and was  beaming. ” That is unusual for a bigot like me” he said.  I had to say something.  ” I didn’t realize that you know that you are racist.”  He had an answer.  ” Well of course I know.” I wanted to know “why.”  He laughed and took another gulp of gin and answered. I was so shocked that all I heard was the words, “like my tribe.”  So he did know and he did know why.

What If Someone Disliked People Older than 80 Years Of Age?

The next day we learned how this African-American visitor was scamming neighbors for money.  My friend emailed me.  “I am so upset.  I was trying so hard to change.”  So the door opened wide enough for me to say ” Lots of people who scam are white.”  Then it came to me.  A question that I could ask that might just make him think a little.  “How would you feel if someone said that he/she disliked all people over the age eighty?”

A Little Easier For The Next Talk

I still haven’t heard a response, and it has been a few days.   Nobody yelled.  No voices were raised.  Nobody was insulted.  Perhaps it was the perfect way to have the conversation.  I am not convinced that it will be the last one.  It just might be a little easier to have the next talk. 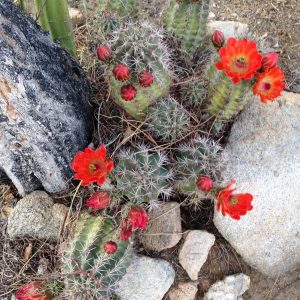