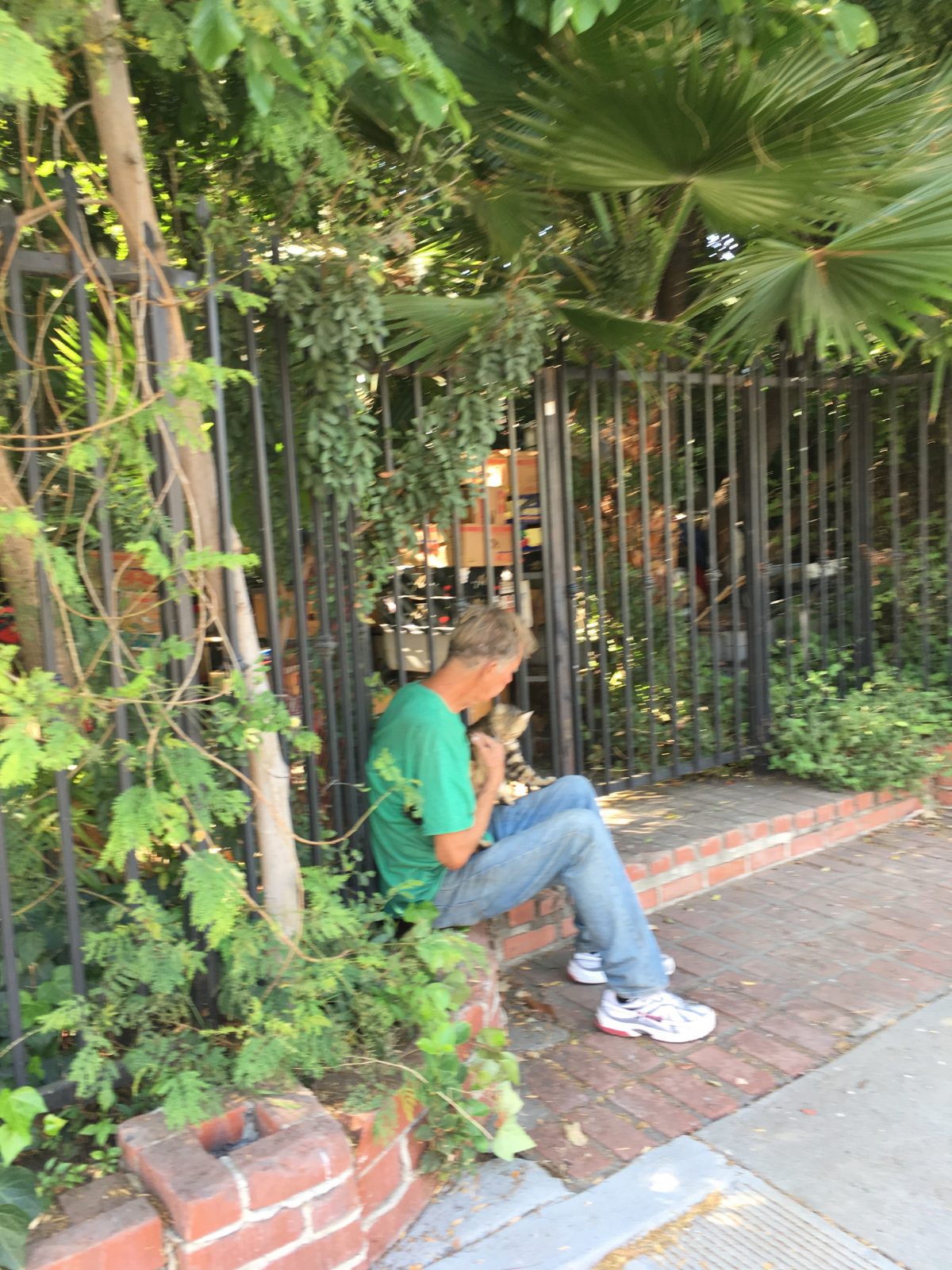 I don’t know his name ,but I remember him from high school.   We didn’t say a word to each other ,but I can still see his photo in the school annual.  I don’t know his story and I am hoping that isn’t as sad as it looks to my eyes and mind.  I do not see him often. When I see him, he is always alone outside a house that is very close to my elementary school.  Perhaps he also attended and perhaps the house belonged to a relative.  There is a metal fence around the house that doesn’t block curious viewers from looking in and seeing boxes stacked upon boxes and many cats sitting on his porch and on boxes.  I have seen him waiting for a local bus and walking away from his house.  On more than one occasion i did see him in the post office purchasing a money order.  (I didn’t have to ease drop.  The woman at the counter was speaking loudly enough to hear their conversation.)

I did have one face to face conversation with him while he was sweeping the sidewalk and asked him if he went to the high school that I attended.  He looked me in the eye for a brief second and nodded.  ” I remember you” came out of my mouth.  He nodded and began sweeping again.  The conversation was over and I walked away.

Recently, I noticed him hanging out with one of his cats and was moved by what I saw. He connected with the animal and it was heart-warming to see. 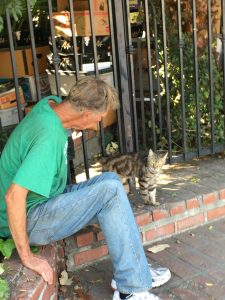