We met a few days ago, last Saturday mid morning to be exact.  It wasn’t a place that one might expect to meet a four-legged friend.  It was on someone’s front lawn .  The Labrador German Sheppard mix lying on the grass next to a woman who was bent over a table examining a vintage piece of jewelry.  He could have run off, but he didn’t.  He just sat there peacefully. No, he wasn’t on a leash. 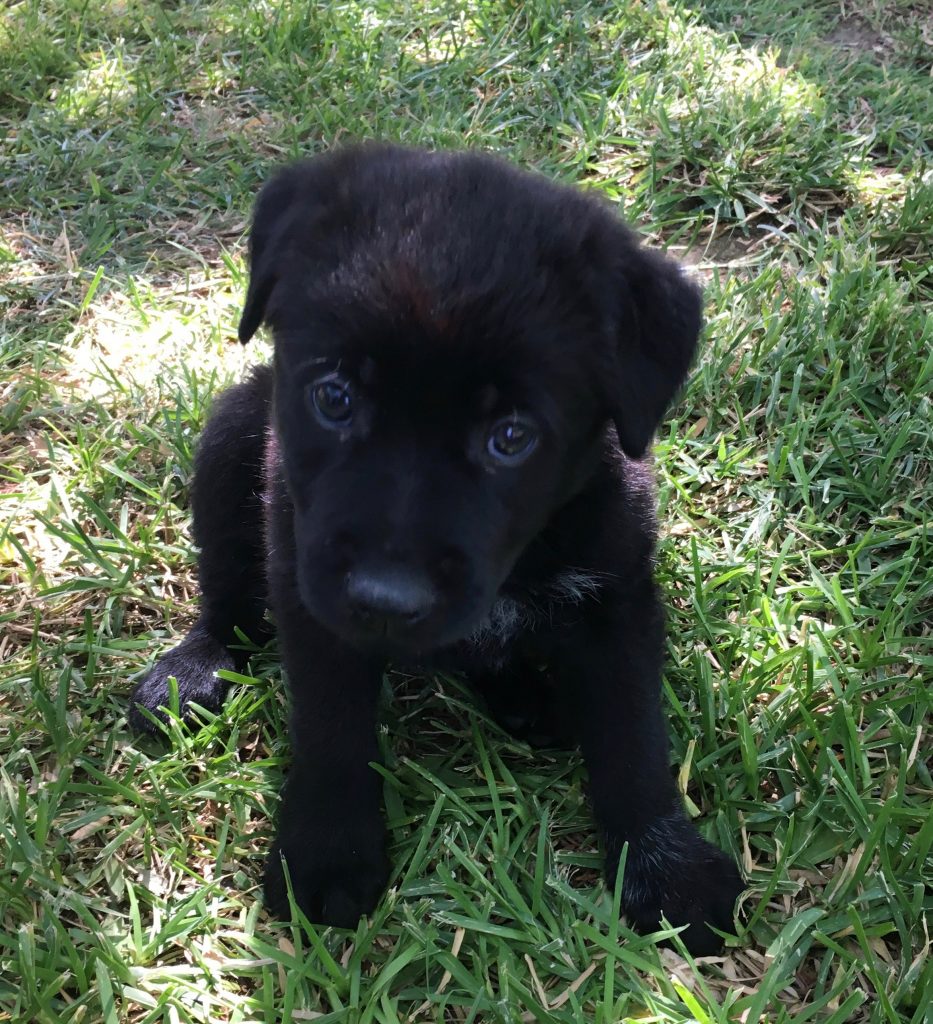 We met at a garage sale.  It wasn’t planned.  His human stopped at this particular house and so did the people whom I was with at the time.  I had no say in which houses we checked out.  The driver had a list of homes in that particular area that were holding a garage sale.

Garage sales tend to be filled with people who are focused on finding “deals” not pets.  This young puppy was not yet six months old and was so peaceful.  I admired his calmness and his attention to his human seemingly without fear.  I wondered if he knew how loved he was.  What made this itty bitty four-legged one seem so self-assured?  No answers were forthcoming.   The woman who might have some insights was focused on the tables with STUFF for sale.

Other ‘shoppers” whose eyes were focused on the “stuff” for sale couldn’t resist smiling at this quiet visitor.  No, he wasn’t for sale.