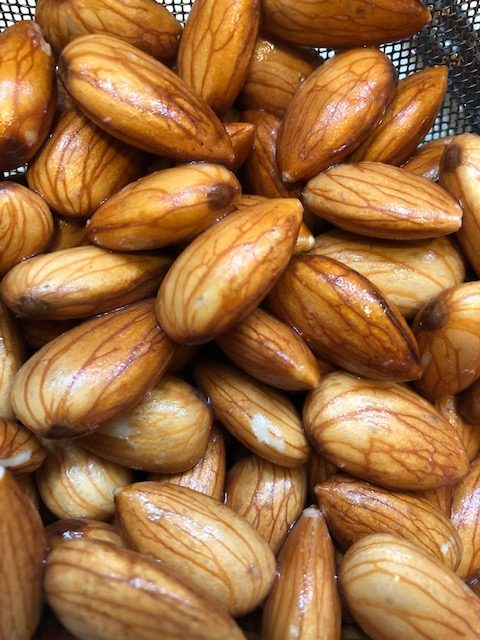 It started out as a project to make almond milk. Drinking commercial plant based milks have become too difficult for my body to absorb. Simply put, I feel sick to my stomach after drinking them. Perhaps it is the gums and additives. For years, I tried most of these plant based milks and never felt sick afterwards.

Years ago a naturalistic doctor told me that her friend made her own almond milk from raw almonds. and ice cream from cashews. While the ice cream sounded good, almond milk didn’t sound appealing even if two dates were soaked and then added to the milk to sweeten the taste. One more thing to do and I didn’t want to bother with one more thing.

That was until I started feeling sick after drinking store bought almond milk. Ok ok. I was willing to experiment. So I did . and It was a pleasant surprise. It was as simple as soaking the almonds draining the water and blending the almonds with four cups of water with two pre-soaked and pitted dates. The pulp is then strained from the liquid and can be used for baking deserts.

Now the concoction was ready to drink, and so I did. It actually tasted good. It was clean tasting and much better than commercially purchased almond milk. The first cup didn’t bother my stomach. Neither did the second, third, fourth or any since I drank my first cup.

The last batch of almond milk was made a few days ago. Before I blended the almonds, I took a good look at them for the first time. Wow I thought. They are beautiful looking. I am not sure what the lines in the almonds are. They sort of look like veins. Quite an imagination right? What do you see?