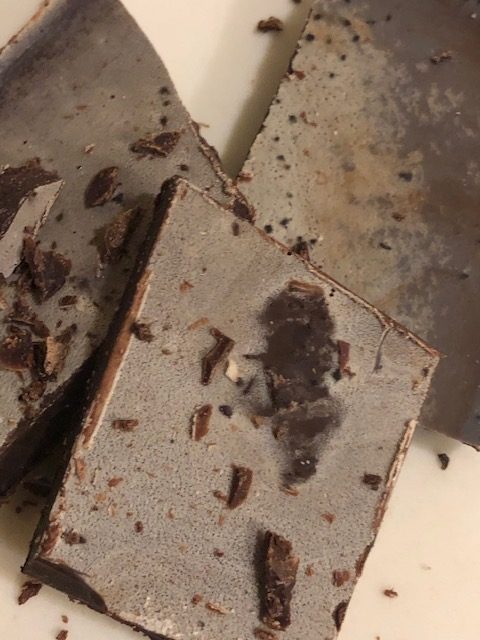 I don’t know anyone one besides myself who makes homemade chocolate. There must be others because there are internet recopies and companies sell cocoa butter and cocoa powder an sundry of other products, including honey, that are commonly used ingredients. Besides, it is too simple to make and too tasty for more people not to make their own homemade chocolate.

I am talking about dark chocolate. I stumbled upon chocolate recipes for months before I tried making my own. I was afraid that I would ruin the recipe. It is an unfounded fear, but I didn’t know it at the time.

In fact, it wasn’t until a friend of mine said “It doesn’t look that difficult to make chocolate.” So I did and have been making a batch every week for months. In fact, I use my intuition to try new ingredients like lavender, cinnamon, cloves, bay leaves, and dates. Here is the recipe for any of you who want to make their own chocolate: