Q.  How do you and Joseph resolve conflict?

A.  I usually win.  I can bark, scratch, bite, which I seldom do, and ignore him. He hates it when I won’t sit next to him on the sofa or sleep next to him on the bed.  Speaking of the bed, I like to stretch my back legs and take up most of the bed.  Joseph doesn’t always like this he and tells me in a not-so-nice way to move over.  I like to pretend that I am asleep and refuse to move. This doesn’t always work because he eventually raises his voice. I give in and move just a little. 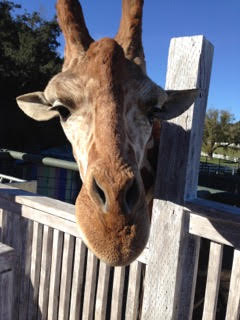 I have to be honest. When it comes to eating and food, Joseph always gets way and there is NO negotiating.  I try rubbing against his legs and looking  looking him straight in the eyes, but it doesn’t work. He thinks that he knows what is best for me.  Maybe he does.

One of the biggest issues that we have is going to the vet’s office.  I don’t want to go-ever.  Joseph avoids looking at me and then tells me that we are going for a RIDE.  That is code for vet.  I run and hide.  Unfortunately, there are not so many places to hide.  He finds me.  I surrender. I walk outside to the car with them.  It is much better than being dragged on a leash.  I don’t want the neighbors to see me on a rope being pulled!

Q.  I understand that you are an only child.  Would you like a brother or sister?

A.  That is an ongoing issue.  Joseph’s friends, particularly the girlfriends, always  ask when he is going to get another DOG.  He says that he doesn’t have the time for a second dog and the house isn’t big enough for two large dogs.  I didn’t know that I was large.  Then he doesn’t talk about it again until someone asks him again. 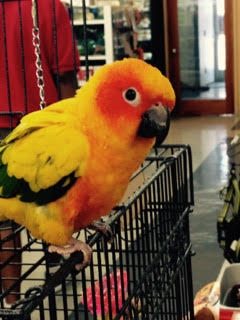 I wouldn’t mind another dog in the house.  It would be nice to have company.  A dog would be okay but not a CAT.  Never.  I would prefer that the dog be smaller than me and that it not have a loud personality.  I can’t stand pushy dogs.  I am okay with sharing Joseph, but I will not be tossed aside.  I was here first and I am used to getting my way.

How is Joseph going to get two dogs in his small car?  Now, that would be a problem.  Hmm.  Maybe Joseph is right.  I have enough friends in the neighborhood.

Q.  Do you worry that he will meet a woman, fall in love, and ignore you? You know that this happens to a lot of your relatives and friends.

A.  No. I hear Joseph telling his dates that he has to come home and feed me before they can go out.  He takes me so many places with him and with other people that I don’t give this a second thought.  Besides, I once overheard him telling with one of his buddies on the phone that any girlfriend would have to like me.