This post is continued from Part 1.Wonder what your dog thinks?  Curious what your cat is saying when it looks at you?  What opinions does your beloved furry and feathery friends have? Many people believe that their animals think because they witness this and thus it is real for them. They see their animals plotting ways to get food, toys, ways for doors to open so that they can see the outside world and rooms in homes.  Human laps and places on chairs and sofas are prizes to be coveted. 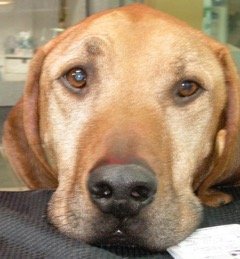 Our animal friends fascinate us. It is not a wonder that we are curious. There is so much that we would like to know that will always be a mystery to most of us.

The following is an interview a dog.  While it is fictionalized, many of the answers are ideas and words that are very real possibility.  Read and see if you can relate.

Q.  How did you find your current home?

A.  There were too many of us and the tall person in the house put me and my brothers and sisters in a box and dropped us off to this place where we were put in cages where we were poked and prodded by a man and a woman who had this thing around his neck.  He put it in his ears and then placed the end of it on our chest. The food was pretty good there and lots of people came by to say hello and fill our water and food dishes.  I kept hearing this word “adoption” and I soon figured out that they didn’t want us to stay there too long, because too many of us needed a home.  Plenty of people of all ages came by to stare at me.  Some of them talked with me.  Some annoyed me to no end by sticking their finger in my face.  At least a few were kind and wanted to hold me.  I had lots of admirers. It didn’t take me long to realize that these lookers were thinking of taking me away from where I was and that I better put in my two cents.  So I smelled them and put my whiskers to work.  Who did I want to go home with?  Who was going to bring me into their house?

Choosing a human was not difficult.  Our eyes locked and I felt his hands which spoke of his intentions and his temperament.  I smelled all his cells. That is how I chose Joseph.

Q.  Do you think that Joseph knows you as well as you know him?

A.  I study Joseph.  I observe him.  I know his every move and can just about  predict what he will do.  Sometimes I have to stop myself from laughing, because his behavior is so obvious. That is a long way of saying I know him better than he knows me.  If Joseph weren’t so busy and would take the time  to study me, he would know me better.

Q.  When Joseph goes away and leaves you at his brother’s house, does he give you enough notice?  If not, how would you like to be told that he is leaving?

A.  No, he doesn’t give me notice.  Joseph talks to me about going to James’ house the day before he takes me there.  I wish that he would tell me as soon as he make plans to go away.  I can always tell.  He is distracted and his thoughts are somewhere far away. Then he brings out the suitcase, which he has been hiding in a closet!