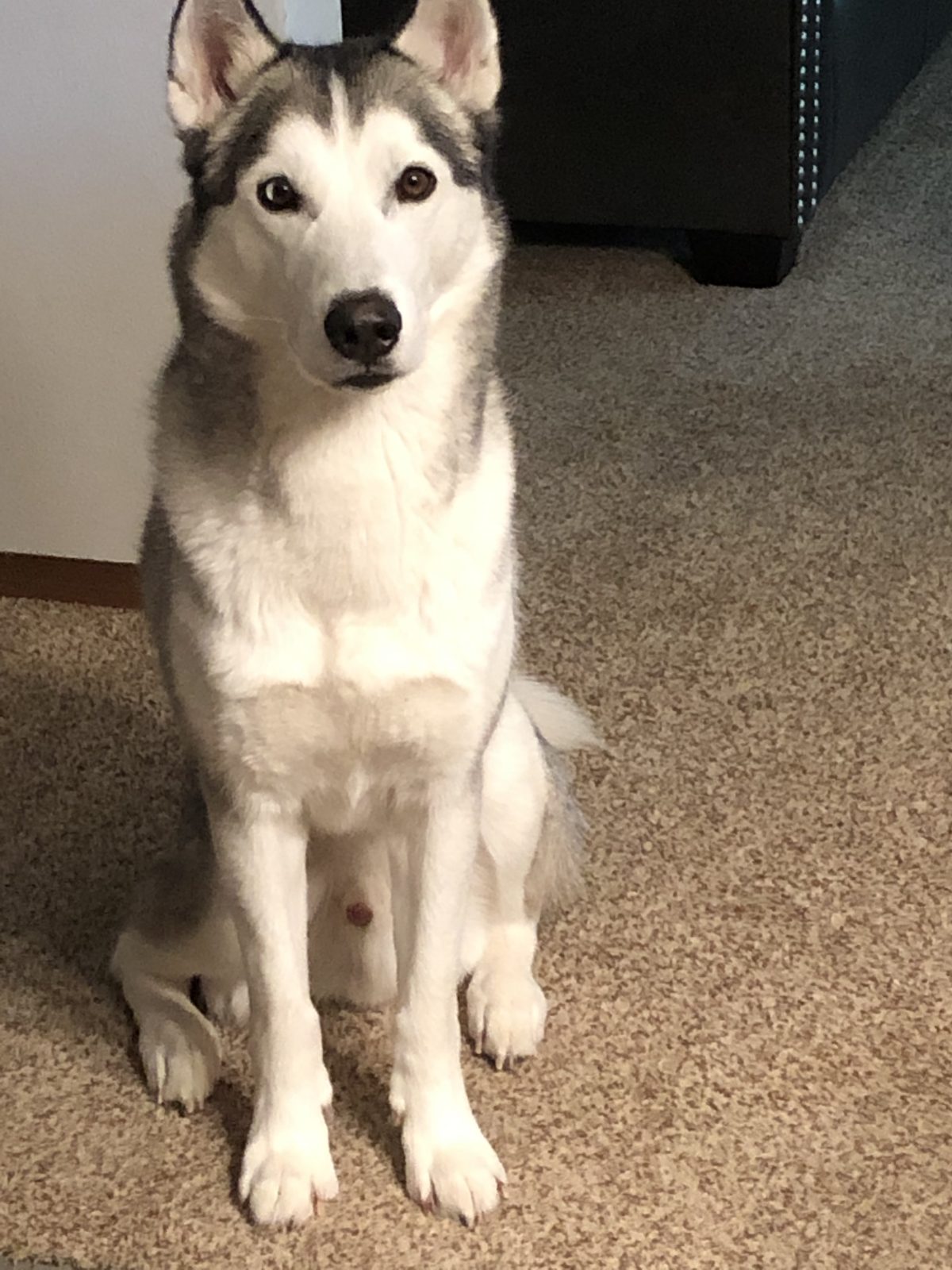 No one knows his name,  where he came from or anything about him.  How was that he was found wandering on a country road away from any homes?  Did he escape?  Was he kidnapped?  Did somebody decide to get rid of him?  What is his story?

What is known is that someone saw him, placed him into a vehicle, and  drove him to an animal rescue facility.  Then he was taken into the home of a couple who love Siberian huskies where he was fed the best food, given, love, attention, and a name.

They Called Him Lance

They called him Lance.  Why that name was given to him?   You might be wondering what a Lance looks like or did the dog remind the couple of a person or an animal that had that name.  You could be guessing all day!   Perhaps, more importantly, is that Lance responded to the name.  He came when the couple called “Lance.”  He sat if they told “Lance” to.  When asked “Lance, do you want to go for a walk?” he immediately went to the front door.

He lived with them several weeks when he was taken to visit Jo Ann who loved Siberian huskies.  She recently lost her twelve-year-old female Siberian who suddenly became sick and passed away.   Jo Ann missed her twelve year old dog, but did not know if she was ready to bring another dog into her life.  Meeting Lance was supposed to be just a weekend visit.  Well, if Lance knew that this might be his new home, he acted like he belonged there.  He answered when called.  When he was told be “gentle” and take the food from her hand, he did so.  He followed Jo Ann everywhere, and made himself right at home next to her on the sofa and in bed without any encouragement or coaxing

By Then It Was Obvious!

At the end of the weekend, Lance was still at her house, and the couple had no immediate plans to bring him back.  Soon, a dog trainer was hired and came to the house to train Lance.  By then it was obvious.  Who hires a trainer and then sends a dog back to where it came from?

I met him a short time after he was firmly attached to Jo Ann and she to him.  “I can’t wait for you to meet him” she said to me.  When I arrived one September evening after a long day of travel, there  was Lance staring at me as soon.  Yes, there was this big, gorgeous, sweet, gentle dog staring straight through me.  Needless to say, I was struck by his big presence and his beauty.  He was irresistible.

It was clear by his soul piercing stare, that he was observing/ reading me.  I have no doubt that he was looking for information about me.  He quickly decided that I was safe and he moved closer, allowing me to pet him.

He talked the way huskies did and sometimes he seemed to respond to a question or a suggestion when his name was called.  Sometimes he sat quietly, and us company.

When he looked Jo Ann and me, it seemed like he was searching for something, perhaps an answer, an idea.  Was he reading the humans?  If he was, he had done an excellent job of finding a new home with someone who needed the companionship of a dog and just happened to love huskies.  Good job Lance!