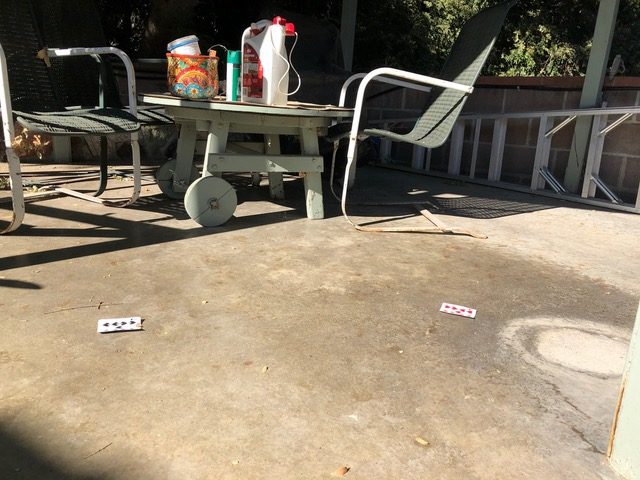 There means the ground. They are the two cards, heart and ace, that appeared faced up in a backyard one sunny afternoon. No one knows how long it was there before the 90 year old resident of the house happened upon them. He was bewildered. Why would someone put the cards on the ground.

That is when I got the call, the inquiry. “Did you put the cards outside?” Of course not, but he wasn’t convinced. I told him that I put all the cards away after we, his wife and three of us who played cards with her, were finished playing. It was true. I placed all the decks in a tin can and placed the can in the cupboard where they belonged in the living room.

No, he still wasn’t buying my explanation because someone had to put the cards outside. His engineering mind was looking for an explanation. No one could blame him?

I, on the other hand, believed that some force, some magic, placed them there. The wind could not have blown them from the house below him or above him. A long and large fence on either side of his house coupled with a hill defied any possibility of cards being tossed.

Two days later the 90 year solved the problem. He had an answer and wanted to share it with me. So he did. He decided that one of the card players dropped the cards and they stuck to her pant leg. She then went outside to the backyard where they fell from her pant leg and lay on the ground. I liked his story (his imagination). He might have convinced someone except the card player whom he was referring to had not gone into the back yard. She left through the front door to get into her car.