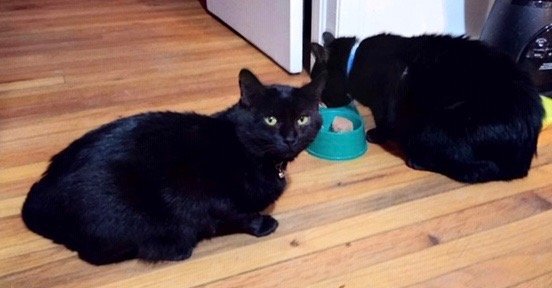 There is a bit of a mystery with intuition. There are some things that remained unexplained. The how’s and why’s are sometimes not revealed, leaving us to guesswork and our imagination.  We attempt to fill in the holes, to paint the picture.  We become detectives trying to understand and solve the puzzle.

Very recently I worked with a client who couldn’t understand why her two young rescue cats were hiding under the sofa. Two weeks ago she brought these to brothers home for an animal rescue shelter.  They were so attached to each other, she didn’t have heart to separate the kittens.  So she adopted both.

She didn’t know much about these new family members.  Often when people adopt an animal, not all the information is available.  Sometimes animals are found wandering on streets, alleys in front of a home, store, etc.  An animal may be dropped off at a shelter without providing all the information.  People don’t always tell the truth about a pet that they are surrendering.

The problem occurred  upon returning home after a trip to the vet’s office.  The two cats hid under sofa and remained there the following week.  She wanted to know what she could do to get them to come out.

We talked for a few minutes and came to the conclusion that the cats were not mistreated at the vets’ office and the trip to the vets had not traumatized them.   Sometimes an animal will exhibit a new behavior and for some reason will continue the behavior until it is done with it.  Sometimes the behavior stops and sometimes it doesn’t.  Usually it is the animal’s decision to change the behavior.

I suggested that she let the cats be and not pressure them to come out of hiding.   As soon as we finished our conversation, the two of them came out from under the sofa.   Did they hear our conversation?  Only they know and they aren’t talking.

I heard from the client shortly after we talked.  The cats went back into hiding.  I guess it really is up to them to come out from under the sofa permanently. 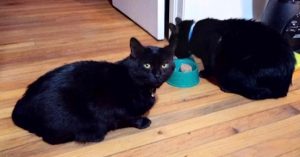