This Netflix movie was released last year.  It is the journey of James, who suffers from depression. He has lost his ability to function and  find meaning in his  life. It is as though he literally and spiritually came unglued and is trying to put the pieces back together again.   He goes through conventional channels including a hospital stay and trying prescription medicine to bring him out of his depression.  ( HIs  father, who happens to be a doctor, is desperate to help James.  He reaches out to a colleague for help and is told that psychiatry really knows very little about how the brain works!  This statement  is then followed with another statement confirming the exploits of the pharmaceutical industry to make money at the expense of suffering individuals.)

James gives himself 12 months before he has ‘a license to kill himself.”   He embarks on a trip to Peru seeking  answers and the guidance of a shaman .  The movie takes the viewer through his recovery.   James shares his insights.  He mentions that he learned to receive his self-worth from people and this external  to himself, such as praise, money, education, etc.   He  doubts that the external acceptance from others truly feeds the soul.

James also uses medicinal plants to cleanse his body and shares this process in this film.  The viewer sees the natural medicines and rituals that James undertakes.

After spending much time alone in a rural area in Peru working with his shaman, he recognizes that  the answers are in him.  It seems that he has found his inner library or inner resources.  He returns to his home recognizing that he is more alive which is one of the things that he began his search looking for when he embarked upon his village. Perhaps it is not surprising that upon returning to the United States James finds himself spending time in the woods and on farmland. 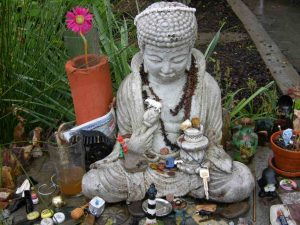