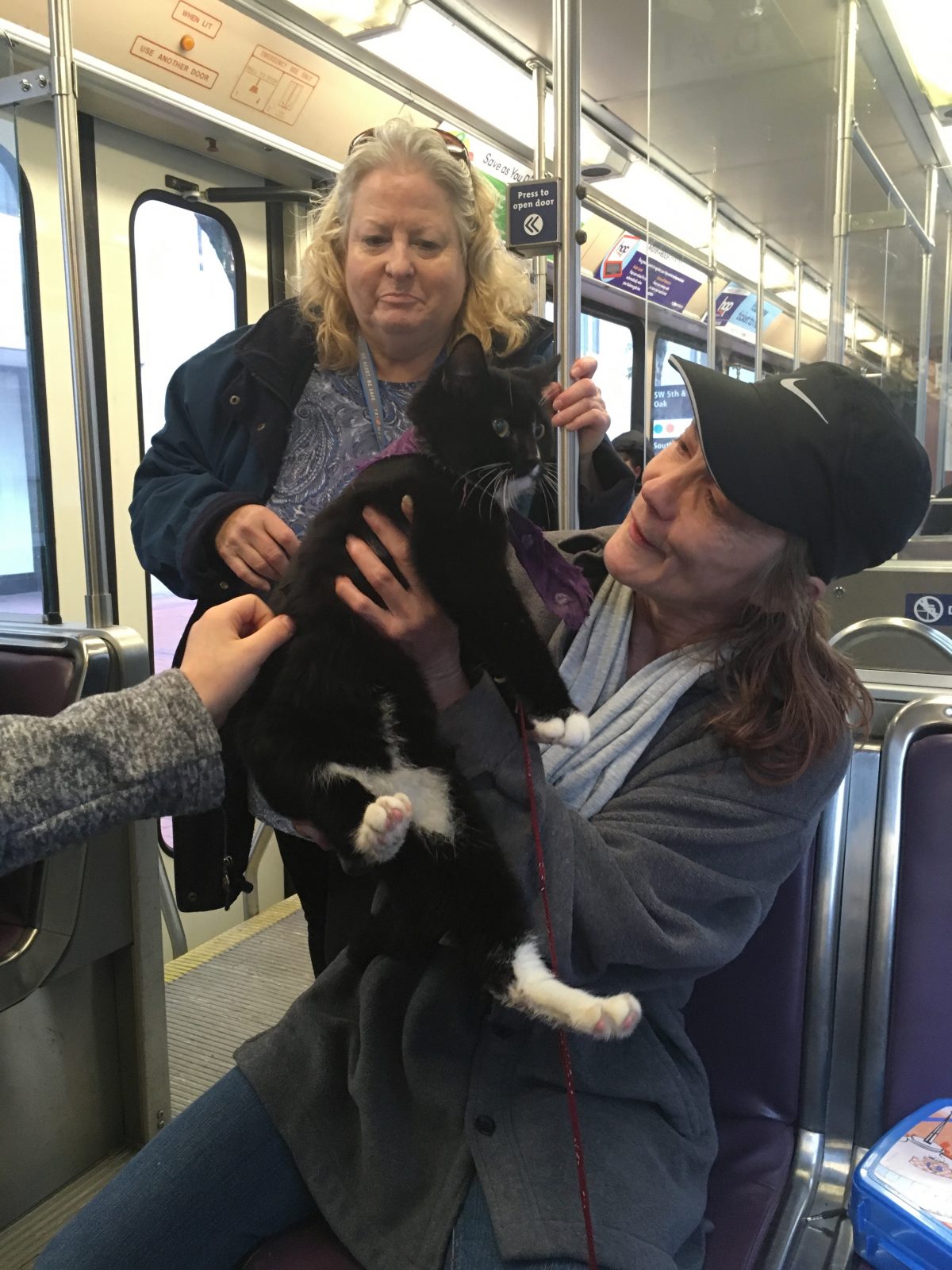 One is never sure what one will  experience while riding the Portland Trimet train to downtown Portland or to anywhere for that matter.  I have seen people peddling chocolate; bus tickets; asking for money donations; people with bicycles  and packages of all sizes; folks in wheelchairs or on crutches; people with children and babies; folks with body tattoos any and everywhere; and animals of course.  However that shouldn’t be a big surprise.  Portland is a big pet city as are many other small and large cities.  However, people, with rats, snakes, birds and cats are not so common public transportation as people with dogs.

In fact, I am so used to seeing dogs on public transportation that it really doesn’t surprise me anymore to see one.  Not too long ago, meaning within the last month, it occurred to me that I hadn’t seen a cat on the train in wearing a leash sitting on a woman’s shoulder.  It looked quite at home on the shoulder as if it had been there many times.  The woman took her seat, and placed the cat on the seat next to her.

Within minutes, the cat had fans that wanted to greet it.  It was like a magnet.  People walked by and smiled, said “look at the cat”; and some could not resist a more intimate greeting. 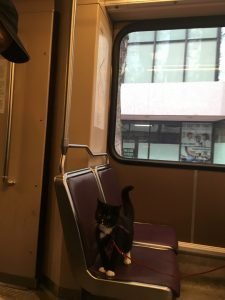 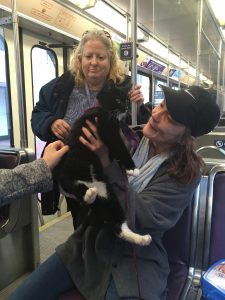 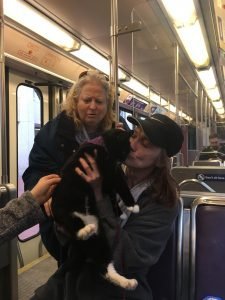