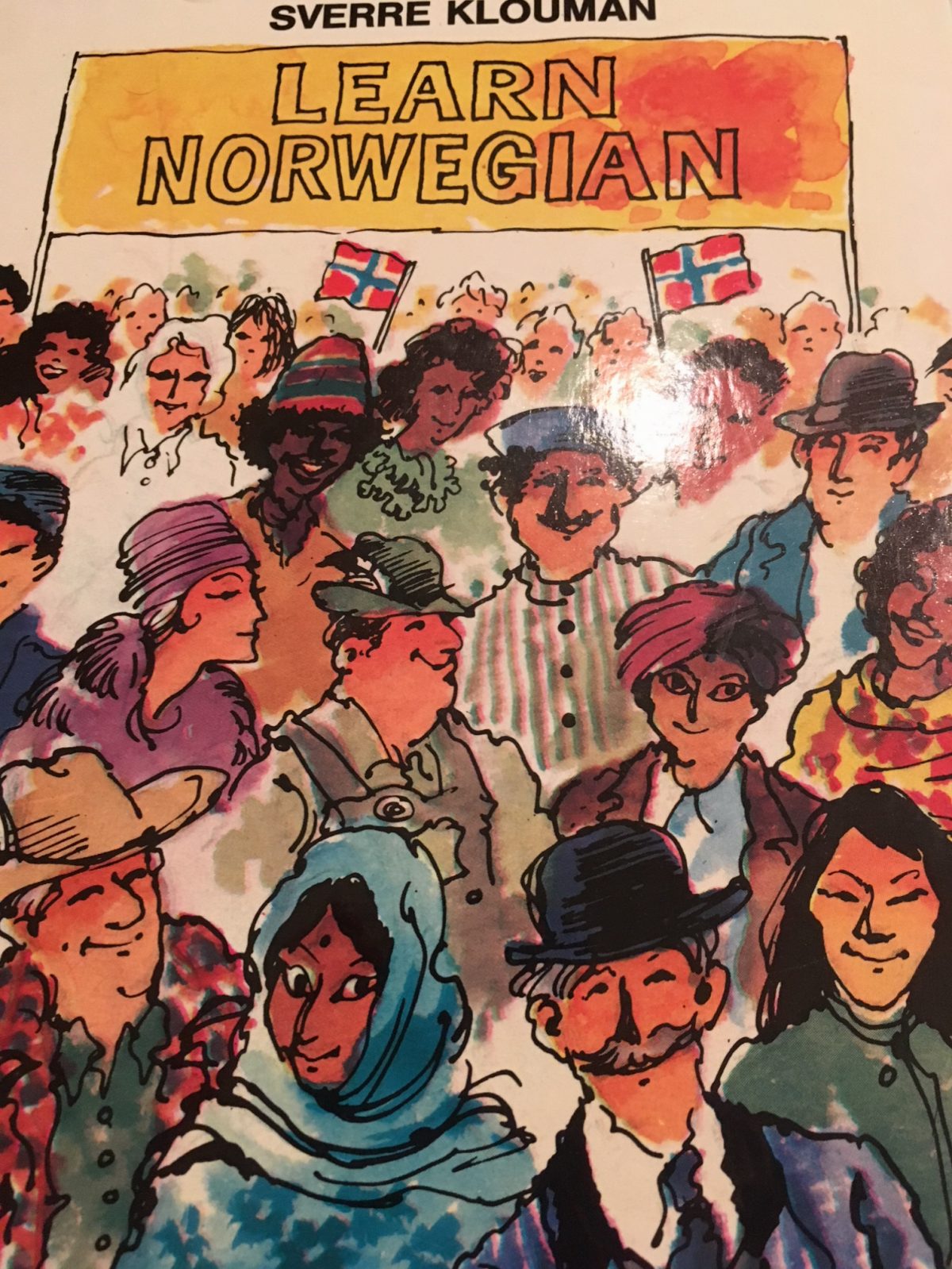 Not too long ago,  I realized that owning six Norwegian dictionaries is more than enough.  Two were gifts, one was packed away with the utmost care and placed in a suitcase and brought back from Norway.  Another dictionary purchased for a college class.   Two more were purchased online several years ago.  One spoke to me from the Scandinavian section at Portland’s Powell’s bookstore.  It was a $10 hardcover book in very good condition.  I didn’t have the heart not to give it a permanent home.   Ok, I started collecting them the way some people collect  cups, wooden horses, Christmas ornaments, signed books, stamps, coins, old vinyl records, old baseball cards.  Yes, they are sentimental.   They are my friends. I lived there.  I speak the language.  all six of them.

To be honest, there is nothing practical about owning  six dictionaries. Not every word can be found between the covers of a dictionary and poking my nose in one after another sometimes does not provide the translation or the expression that I am looking for when I am writing.

Yes, they are not expensive and not in high demand.  Not many people shop for a Norwegian dictionary, but then not many people speak the language.  They are not plentiful on book shelves unless the following conditions occur.  One looks in cities with many Scandinavians citizens or searches in bookstores near a college or university that offers courses in Scandinavian languages.

A Gust Of Intuition

About four weeks ago I found myself thinking  that it would be nice to have a good Norwegian grammar book.   (I have one and it is not very good.)  It was a fleeting thought until one day when a gust of intuition pushed me out the door and into  the car and to a library bookstore.  (This is a bookstore that receives books from friends and patrons of the library.  Volunteers  run the store, and sales goes to the library.  Many cities have them.)

I didn’t want to go.  It was a busy day and I really didn’t have enough time, but I wanted an adventure.  So, I drove the twenty minutes to get to this store wondering why.  There was only twenty minutes until closing time.

I got there and didn’t waste time in walking inside. “Where are the alternative health books?” I asked one of the volunteers who was busy sorting books and placing them into boxes.  “Over there,  but you can’t get to them, because we are getting ready to take books to a books sale” he said and pointed.  I looked in the direction where he was pointing.  No it didn’t look inviting.  Stacks of books and boxes lined the floors and walls.  Well, after driving this far for what seem like no obvious reason, I tried a different tactic.  “Would it be okay if I took a quick look and didn’t move any of the books that are already in boxes.?”  He nodded “Ok.”  Fifteen minutes was all I had left before the store closed.   It didn’t take that long to skim the books shelves and feel like the good stuff was in boxes or somewhere hidden but close by.  Actually, it was not much fun being rushed and not be able to EASILY remove books from the shelves.

Top Of The Stack

I had my back to one stack that didn’t look like it or a person would survive if someone bumped into it.   I carefully turned around to see what might be behind me.  There on top of the stack was a brand new hardcover Norwegian grammar book.  I picked it up.  It looked brand new, like it never had been opened.  With the few minutes I had left, I skimmed through it and noticed that there was some good information.

How strange that the top book on the shelf would be this book!  This wasn’t even the foreign language section or the section that had dictionaries. Who owned it?  What was their story?  Was it a gift to someone?  Every book in the library store had a story, a history and mostly these tales went silent.

I wish that I thanked her for the volunteer  who placed the book on the top of the stack where I could reach and see it.   However, I was still stunned that among the thousands of books in this book store, was a  Norwegian grammar book.   So, what part of me knew to drive to the store?  Was it coincidence? What was it?  For a dollar, who cares.  It was well worth the adventure.  Isn’t life full of these unexpected finds?