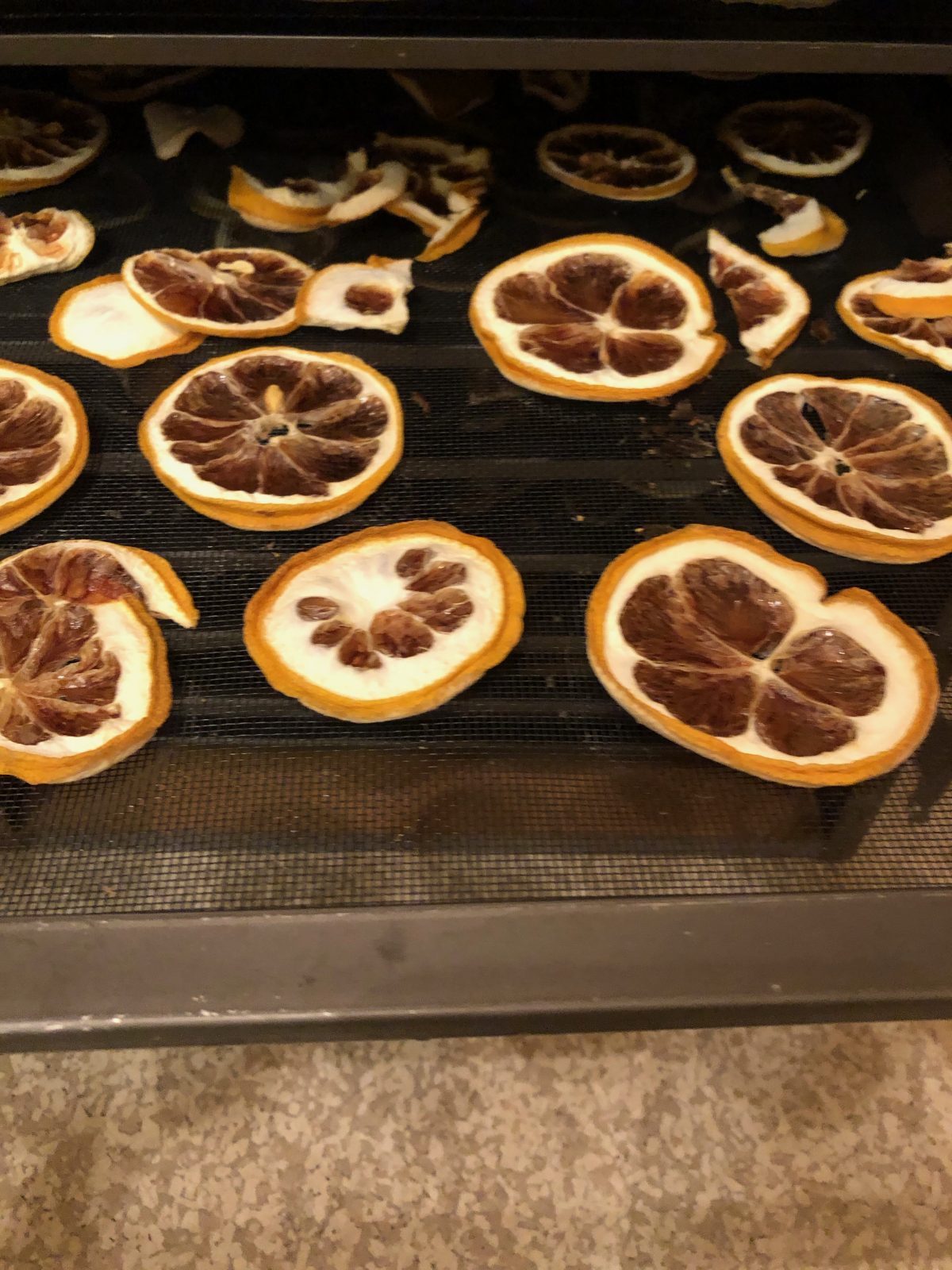 I was very young when I discovered the wonderful world of lemons. My grandmother picked lemons from the lemon tree in her back yard and sliced them into small pieces. She placed a piece or two into a cup of hot water and drank it everyday. It was her coffee substitute. Since then lemons have been my allies.

To this day, I raid neighbors’ lemon trees, with their permission. I pick a large bagful of them and would take more but I can’t carry more than one bag at a time down the street to my home. Last week someone finally asked the obvious question. “What do you do with all the lemons?” It was an easy answer. I use some, I dehydrate some and I give many away to neighbors and friends.

Before dehydrating them, I wash, slice and sometimes remove the seeds from them. A week later when they are completed dried, the lemons turn a beautiful magenta color. They look like little pinwheels and bear little resemblance to the original lemon.

Lemon lovers cherish them. The flavor is intense. One slice can be used in several cups of tea or other beverage. They make great lemonade, can be placed with chicken and fish dishes before frying or baking. Yes, they are versatile.

I love sharing fresh and dehydrated lemons with other people. I enjoy how much others enjoy receiving them. Because I give away lemons, I have been gifted with vegetables, food , maple syrup, dehydrators and Mexican from people who received lemons.

Recently I decided to send them to a dear friend in Mississippi. Her name will remain anonymous and readers will soon understand that i wish to not participate in the family feud that developed over the lemons.

The package arrived on time, three days later. My friend texted me to let me know that the box had arrived and to ask what were the orange pinwheels. She didn’t recognize the lemons. So I told her what they were. A few minutes later another text was sent to me. What do I do with them? I told her that she could make lemonade, put them in tea, and place a slice or two on fish and meat.

My friend seemed satisfied with my answers. There was no more communication from her for a few days and then there was a phone call. Need a laugh she wanted to know. These are difficult times so of course a good funny story is welcomed. My friend put a slice of dehydrated lemon into a pitcher of water and the water disappeared. She couldn’t find it anywhere. Where did it go? Did someone throw it out? Yes indeed that is what happened. Her sister-in-law thought that there was something brown floating in her water and took it upon herself to toss the water without first asking. That won’t happen again. My friend will make sure that no one will touch her lemon water again.