It takes a lot of orchestration to make it happen. It really doesn’t look like much-a bunch of tables with plastic linen decorated with napkins and serving utensils.  Close by there is a station set up to give out drinks, all canned beverages or plastic water bottle containers.  Of course you can have your choice. People are waiting around the grassy areas near the tables to get their Thanksgiving holiday plate of food.  Some are standing, sitting, walking around and /or lying on the grass. 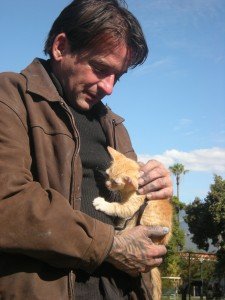 They and the volunteers who are serving the food are grateful for a beautiful sunny day in Pasadena, California.  They had a plan B in case of rain that would have required some work and would have allowed people to be fed indoors.  It was meant to happen. 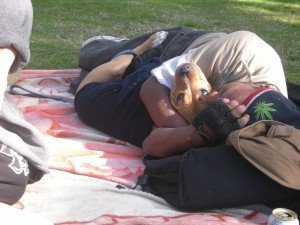 Big hearts were present that day and many, many people showed up, more than expected.  Yes, people of all ages came to serve from pre-school age to people who were old enough to be the little ones’  grand parents. The goal was universal.  Feed these homeless people.  In came the trucks with hot food.  Donated pies and breads loaded down a table that was set up under the tent just for the deserts . 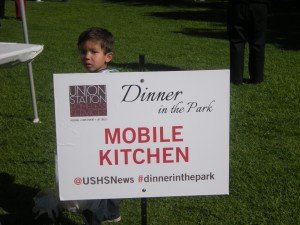 Bags and bags of salads and salad makings appeared as young strong backs carried them over their shoulder. It looked effortless and that may have been partially due to such overwhelming enthusiasm. 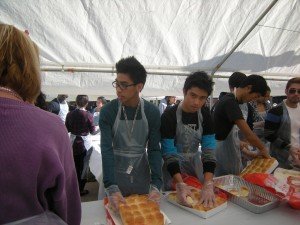