It wasn’t so long ago that I blogged about wondering how to find a friend in Sweden name Ann.   I didn’t remember her last name and Sweden must be filled with Anns.  I kept thinking about her, wondering where she was if she was still on the planet. Within a week, Ann contacted me on Facebook.  She had been thinking about me while eating avocados.  I too eat avocados and wonder if we both were eating avocados when she thought about me. There is a nine-hour time difference.

I thought that this was really special and a comforting reminder that  many things happen without us having to do anything, not even lifting a finger.  During a difficult time in the world, it is nice to know that there is some magic in the world.  All this really means is that some things cannot be controlled and manipulated.  Good to know, right?

One of Many Students

Well it happened again.  Over the weekend, I found myself thinking about a woman whom I knew in the mid 1980’s in Madison, Wisconsin.  She was my teacher.  She was also a creator /inventor of healthy food, a lover of herbs and brilliant, among other things.  Actually, anything that she put her mind to she did well.  I took health classes from her.  I didn’t know if she was alive or where she might be.  So I searched Facebook to no avail, and  I found myself wondering why after all these years suddenly I wanted to know about her whereabouts.  I wasn’t going to contact her.  I didn’t even know if she remembered me.  I was one of many students that enrolled in her classes.  Why would she remember me from decades ago?

After  doing a Google and Facebook search, I quickly stopped my search.  Why was I doing this when there were so many more interesting and important things to do, books and magazines to read,  garden weeds to pull, letters to write, conversations to have, and that is just the top of the list.  I had no way of knowing at the time, but my explanation would come to me a week later when I wasn’t looking for the answer, which is often the case.

“There is Enough Time.”

A week later I missed an opportunity to see a movie.  It was my fault.  Poor time management was the reason.  It was the same story, just get one more thing done. However that just one more “thing” turned into two and three things, cleaning up; removing dirty dishes from the sink; running one more load of laundry.  It  was based on a false premise.  “There is enough time.”  How was it that I thought that I could compete with time and win when winning meant accomplishing more in a short period of time than was possible?  Of course it wasn’t possible!

Even though I missed seeing the movie, I did have enough time to meet a new acquaintance for coffee.  So, I took my time and parked far enough away from the coffee shop to enjoy a leisurely fifteen minute walk.  During my walk, I discovered a bit of nature  and a sanctuary in the middle of a city. 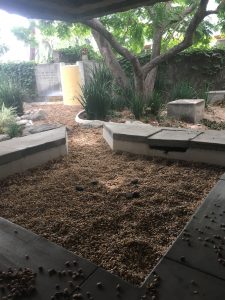 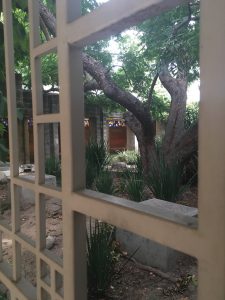 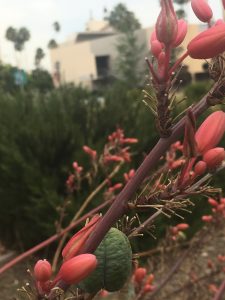 As wonderful as these findings were, I was in for another very special discovery.  This was just the beginning of a magical afternoon.   I didn’t know that I wouldn’t have long to wait.

You May Know My Mother

I arrived a few minutes early at the coffee shop and waited a few minutes  for the person to arrive.  She did after finding a place to park.  We talked for a few minutes and the conversation turned to cities where we both had lived.  We had Madison, Wisconsin in common.  I asked her what brought her out west and she told me.   Then she said something unusual.  “You might know my mother,” she said.  I may have rolled my eyes but politely asked “How could that be?”  I hadn’t been there in decades and only knew a few people in Madison and the entire state.    Before I could say anything, she said her mother’s name out loud.  I did know her!  It was the same Ann that I was searching for the previous week.  Her daughter confirmed that the same day that I was searching for her, her mother was visiting her.  So, not only was Ann in the same state, she was within 20 miles, or 30-40 minutes by car.  Hmm, two Anns in the last month.  Another example of how there is more in the universe than we can see, know and control.  Isn’t this comforting?