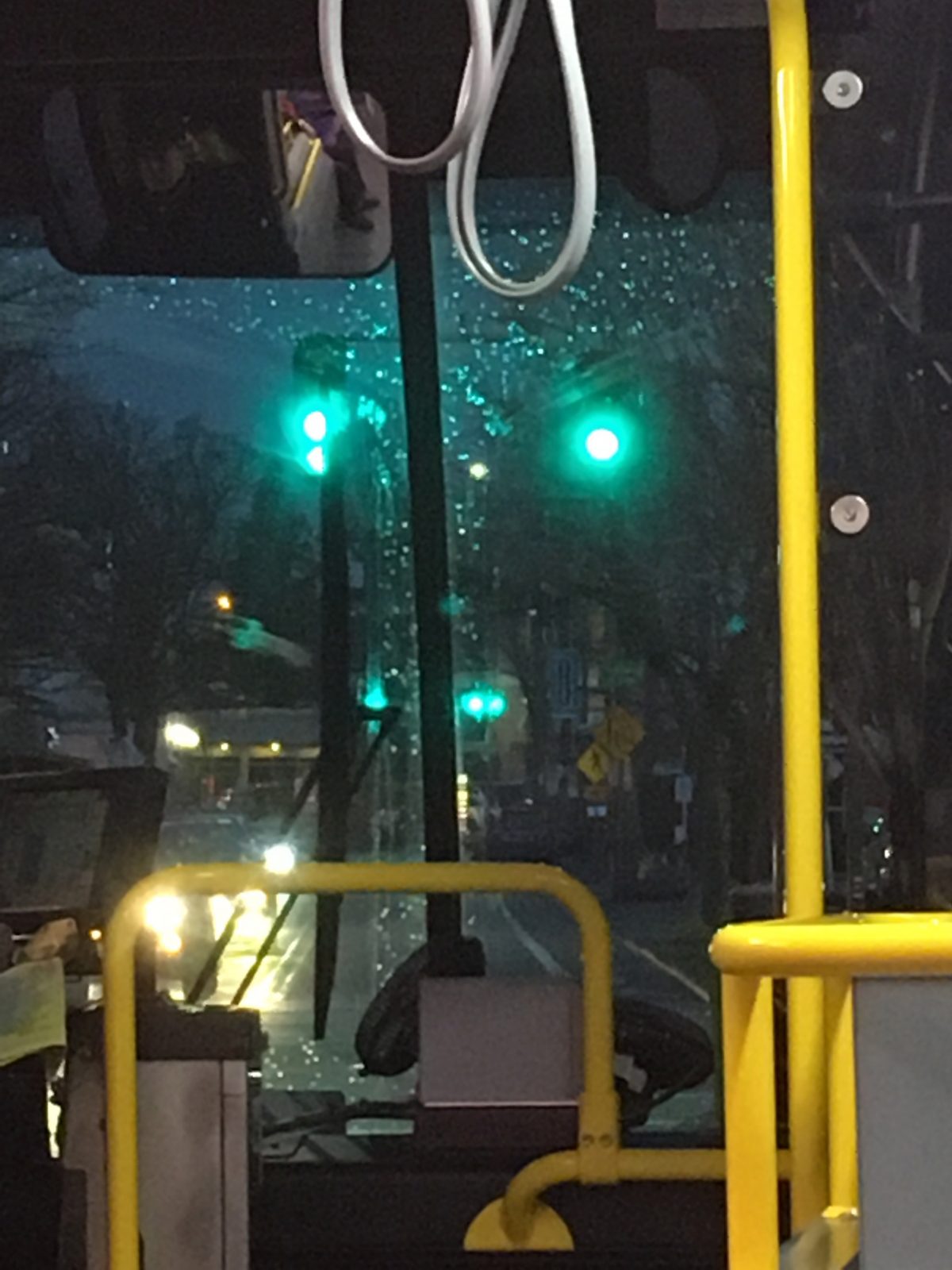 I got the call on a Friday.  A food co-op in southeast Portland was holding a 25 pound bag of organic oats for me.  Let me be more specific.  The co-op was saving a bag that I had special ordered.  The price was good and oats could be grounded up into flour and used for baking.  I had a few days to pick up the bag.    It was Sunday.  I didn’t feel like doing anything.  It was cold outside, and I was reading a really good book.

Something Said “Go and Go Now.”

I looked outside and something said “Go and go now.”  I needed to walk and wanted a new and different adventure. So I took an empty suitcase to carry my bag of oats,  and walked outside to catch the bus.  No bus was in sight, but I didn’t mind, because I had a nice  but short conversation with a man who was also waiting for the bus.  The bus soon arrived.and we both boarded it.  The bus took me directly to a 39th street stop which would give me a good 20-25 minute walk to the food co-op.

It was a fifteen minute ride. I got off the bus with the empty suit case and walked quickly.   As I looked up at the sky, it was a little dubious if the rain would wait for me to purchase the bag and return by bus.  Maybe this wasn’t such a good idea.  Oh well, a little rain wouldn’t hurt and a lot of rain might be enough to abandon my adventure and call Lyft for a ride back.

The Sky Was A Little Darker

I got to the store and an employee helped me stuff the 25 pound bag of oats into the suitcase.  I stepped outside the store and couldn’t help observe that the sky was a little darker.  I imagined that I could smell the rain that would soon fall.  I was not about to walk back to 39th street catch the bus.  I  walked a few blocks south of the co-op store to board the first of two buses.   My timing was good, and it was only 5 minutes until the first bus arrived.  I boarded the bus with the suitcase filled with the oats.  It was a short ride to the 39th street where I needed get off and transfer to the bus that would take me back home.

Again I was lucky. No rain yet.  I glanced at the sky really thinking that I might just beat the rain.  As I finished that thought the bus arrived at the 39th street stop.  I got off ,and walked across the street with a couple of minutes to spare before my next bus arrived.

There was a small line of people waiting to board the bus and we all did so quickly.  Almost there.  Yes, still no rain.  It was about another 5 minutes before my stop.  I was feeling a little proud, convinced that I had beaten the rain.  Well almost.  I looked at the front of the bus and noticed that the driver had just turned on the windshield wipers.  The rain had just started

The next stop was mine.   I got off the bus thankful that it wasn’t pouring  and grateful that it would take me just a minute to walk home. The oats had made it back safely. The adventure was over.  It was time to drink a cup of hot herbal tea and finish reading the book. 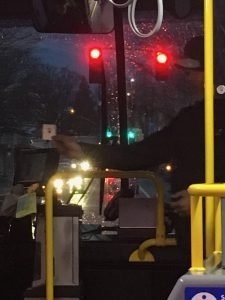 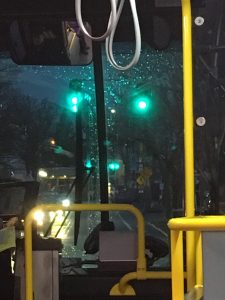