I recently watched The Great Beyond, a 2017 Netflix film, staring actor Jim Carrey.  The film follows Carrey as he remains in character as Andy Kaufman during the 1999 production of Man on the Moon.  (Kaufman was an American entertainer, actor, writer, performance artist and professional wrestler.)

Jim Carrey talks about what happened  when he learned that he had the part in the movie.  He was sitting in Malibu, California (location not mentioned) looking at the ocean asking and asked himself “Where would Andy be and what would he be doing?”    Jim answered his own question.  “He would be doing something like trying to communicate telepathically.”   Shortly afterwards about thirty dolphins came to the surface.  “I decided that maybe I am on the right track and I decided for the next few days to speak telepathically to people.  It was completely absurd but somehow it worked.   That is the moment that Andy Kaufman showed up  He taped me on my shoulder and said sit down.  I will be doing my movie.  What happened afterwards was out of my control.”

It is an entertaining and well-done movie with lots of references to “channeling” and to questions like “what you think if you came back and saw someone portraying you? One worker on the set said to an actress.  “Let’s say that  he is here right now (referring to Andy Kaufman) and  he sees some guy playing him that well.  Creepy Imagine you came back  and saw somebody playing you.”

“Creepy” maybe,maybe not.  Great acting and lots of food for thought.  Check it out for yourself. 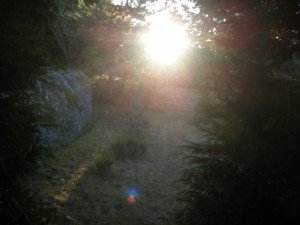