Perhaps they did it first because it can be argued that animals were on this earth before we humans entered the picture.  I am talking about a topic that I seldom hear people converse about animal sabotage.  We know that people do this and probably most people can see it in other people and sometimes recognize it when they do it themselves.  There are many countless ways we ruin, hamper, possibly destroy and/or prevent good things from happening.  For example, and the list is as endless as one’s imagination: arriving late for a job interview; not preparing for the interview; not returning a call;not showing respect to someone; not studying for a test; mailing something late or not at all; not paying attention to deadlines; not leaving enough time to arrive on time, etc.

So you might be shaking your head in agreement or because it is a reminder of something you did or that you do.  Perhaps  you witness others  committing acts of sabotage.  Have you ever thought that your pets may do the same?  You might have to think about this.  One thing that comes to mind is animals misbehaving with barking, scratching or clawing, urinating in places that aren’t part of the agreement.

A few days ago I witnessed something that I  would put under the category of this topic-SABOTAGE.  I walk with two dog owners and their three dogs, two  shiva inus named Gibby  and Remy and Biscuit, some kind of mutt.  Gibby has been wanting to be friends with Biscuit for a long time.  He whimpers when he sees him, and makes his doggy attempt to be friends with this little one, who consistently ignores him.

Well, it was last week  when these two little dogs were practically standing nose to nose by a wooden fence.  Only they can tell you what it was that drew them closer than they had been.  It was only a few inches that separated their bodies.  I was spellbound wondering if FINALLY a friendship would be forged.  Then suddenly the unthinkable happened. Gibby lifted his leg and yes he did, urinated right near the fence that was RIGHT in front of these two dogs.  You guessed it.  Biscuit turned and walked away.

All I could say  was “What a great way to ruin a good friendship.” 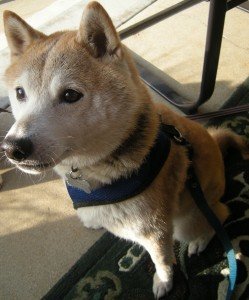 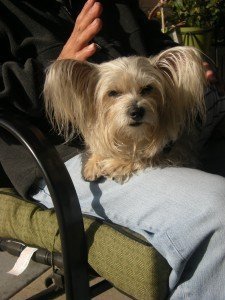