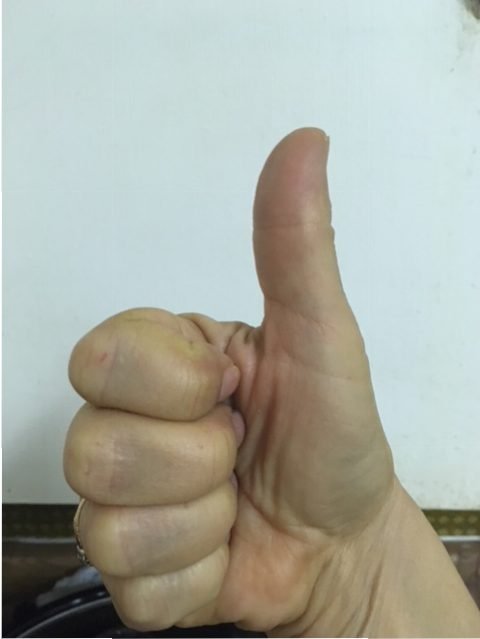 So here goes the tale, not a tall one, a real one. I arrived at acupuncture clinic about and was about to open a book to read and relax. I had been coming to this clinic for several years because of the generous sharing of information and knowledge by both students and professors. They have taught me how to take care and heal my own body.

It was a Tuesday and I had chosen this day because the supervising professor was very good at assessing muscular and joint issues, and I had two thumbs that throbbed from time to time. He had given me some suggestions for working with my thumbs and I wanted to learn more from him.

The appointments were behind and I would have to wait. So, I closed my eyes to relax, and opened them just in time to see the supervising professor come out of the patient room. As his eye caught mine, my right thumb began throbbing. He smiled and walked away, and entered another patient room. As he was within arm’s length of the door, my thumb stopped hurting.

What was that I almost wondered out loud? I do believe in magic and in universal gifts, but this one seemed very unusual to say the least. The closest comparison might be to a dog that dislikes the mail person. The dog growls when the mail is put into the mailbox or put through a slot where it falls into the house.  Pretty soon the dog senses the mail person is near and barks. Sometimes the dog barks before during and after the mail is delivered.   However a dog has great senses, and may know things that we humans don’t detect or notice long after the dog knows. How does a thumb sense danger or that it will soon be examined, prodded, poked and stretched?

The story had to be told but not just to anyone.   So, I told the acupuncture students that day.  They laughed.  One said, “wow.” I told the professor and he smiled, and said nothing.  Almost week later I told a friend, who told me “that is really weird. “ Now, I am telling you.  What are you, going to do with this narrative?  Will you give it a thumb’s up or a thumb’s down? 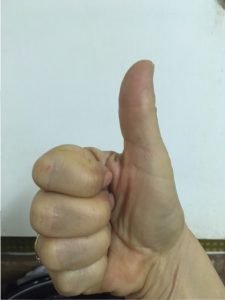