This story, One Monsoon- From a continent away a young Peace Corps worker senses that all is not well back home, appeared in the Fall 2017 edition of Utne Reader.  This story is told by Don Messerschmidt.  It is his story from his 1964 days as a Peace Corp volunteer.  He was living in Kunchha, Nepal.  Don was thousands of miles away from  away from his Alaska home.  He receives a letter from his mother that his beloved grandfather is ill and that his health was slipping.   Several weeks pass and  no more information is received from his mother. Messerschmidt finds himself thinking about his grandfather and their relationship. They had a close relationship.His grandfather, who he describes as being like a father to him, introduced him to nature and the outdoors.  “He taught me about trees and flowers, wild animals and birds, and the weather, especially how to ‘read’ the clouds and foretell storms.”

Messerschmidt couldn’t stop thinking and wondering about his grandfather.  He decided that he would trek to Pokhara and take a flight Kathmandu where he could make a call to Alaska.  He describes the journey including his thoughts about his grandfather and their adventures and relationship.  He arrives at the Peace Corp office to check to see if any mail had arrived for him.  The Peace Corps doctor handed him a letter that had just arrived  the previous hour from his mother.  Before the doctor could say more, Messerschmidt told him that he knew what was in the letter.  My grandfather died a few days.  The doctor was astonished.  How could he have known?  He answered him ” My Grandfather told me.” 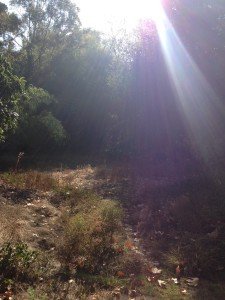