It might not be you or one of your relatives or even a dear friend.  The likelihood is great that some you know has avoided a  major and/or a fatal accident.   The stories are endless.  Here are a few.

A couple of  Vietnam vets have shared with me how they avoided being shot, possibly killed by following the inner guidance which led them to physically move away from a location before it blew up or before gun fire greeted them.  The few stories that I have heard from those who served in the miliary are not riddled with gory details but great gratitude and appreciation for the voice that guided them out of trouble and saved them from great harm and death.

Accidents have been avoided in the same way, by listening and then responding with action.  I can’t for certain say that my life was saved.  What I can say is how I avoided several accidents by being cautious and not entering into an intersection when something said DON’T.   I once was follow a truck that had chairs, secured by rope, stacked in the back of it.  Something told me to give this truck a lot of space.  I did.  A few minutes later, the chairs fell out of the truck.  It was clear that I avoided an accident.  A student  of mine shared with fellow classmates how he and some friends were driving down a mountain when suddenly from nowhere he uttered “Slow Down!”  The driver did, and just before a car coming up the mountain was speeding and could have caused an accident.

Police officer have shared stories with me how they listened to that nagging feeling, that uneasiness and avoided a confrontation that may have been fatal.  One officer explained how he allows listens to his intuition and in particular situations when he was patrolling in his car and  has pulled over a  civilian’s car on a busy roadside.   This is not unusual.  When we feel that we are in a precarious or uncertain, unfamiliar situation, our sixth sense takes over to protect us.

Our pets and wildlife around us do this for their very own survival.  Watch nature shows and notice how animals stand alert, scanning the territory.   Sometimes they turn their heads in one direction as if to hear more clearly and sometimes you can actually see their ears move.  Frankly, you don’t have to look to the wild to see how animals survive by using all their senses, seen and unseen.  Look at the animals that you live with, or your neighbor’s pets.  Notice them standing still turning their head from side to side, moving closer or distancing themselves from an animal, a person or a situation.  They are masters at listening and following their gut.  Unlike humans, or many humans, they do so instinctively without reservation.  They appear not to have a shy bone about doing so.  Perhaps they don’t worry about what others will say.  Perhaps they know that it is a birthright.   Perhaps we humans could take a lesson from them.)

If you have a story that you would like  to share it, please do so by emailing me at faye@inner-design or by going to my Facebook Inner Design-Applying Intuition group page and posting a comment. 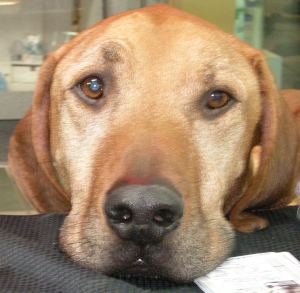